Astronomers have presented the first image of the black hole at the center of the Milky Way. Several participating research institutions worldwide reported the success on Thursday. 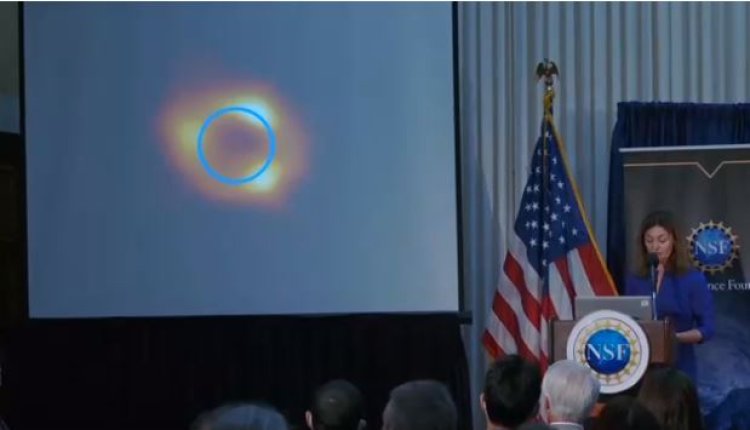 Astronomers announce a "groundbreaking discovery of the Milky Way" by an international team at a press conference.

Three years ago, the first ever image of a black hole had been presented.

On Tuesday, starting at 3 p.m., the team around the "Event Horizon Telescope" (EHT) had invited to an international press conference. It will be streamed from seven locations, including Shanghai, Mexico City and Garching near Munich. Watch the press conference live in the stream above or here.

The focus of the press conference is our home galaxy, the Milky Way system. However, the researchers had not revealed much more, but announce nothing less than an "epoch-making result". Presumably it concerns a kind of film of a black hole in the center of our homeland galaxy.

Galaxy lies 55 million light years away
To make this image possible, the researchers combined a total of eight radio telescopes on four continents. Black holes are generally difficult to image because they are invisible and absorb electromagnetic radiation.

In black holes, the mass of several to several billion suns is compressed into an extremely small region. Due to the immense gravity, not even light can escape from the immediate vicinity - hence the name. Black holes can be formed, for example, when burned-out giant stars collapse under their own weight. The exact formation of supermassive holes is not yet clear.

Paola Ruiz cried and asked for justice for her husband,...

Andrew Walls charged with possession of firearm while under...

Tatiana Perebeinis and her children Alise and Nikita killed...