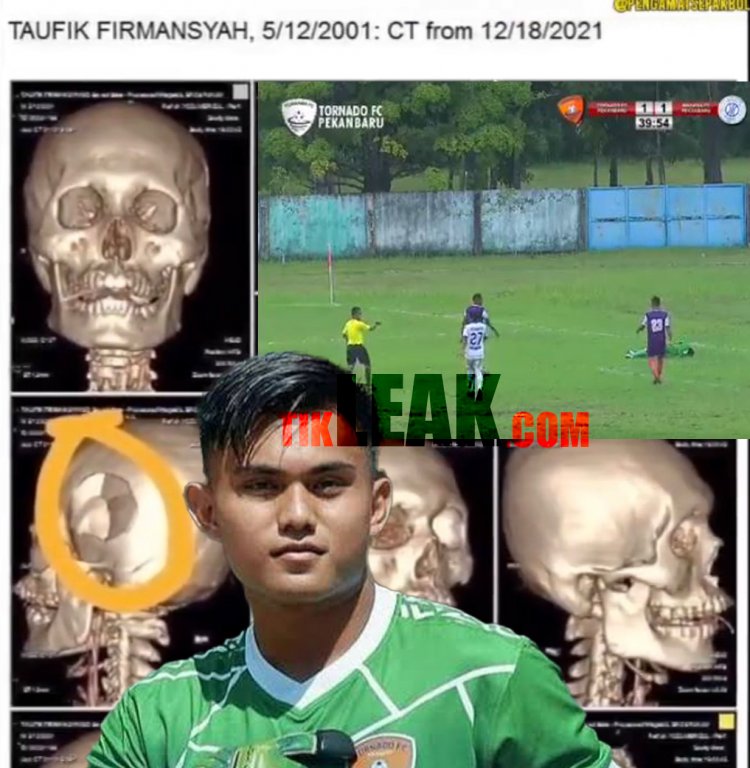 The incident occurred on December 18 in the Indonesian League 3, and the goalkeeper was part of the Tornado FC team that was playing against Wahana FC on that fateful day.

After the first 40 minutes of the match, the score was tied 1-1. Taufik Tamsyah was ready to do anything to defend his goal.

He threw himself at the feet of the opposing striker to take the ball away from him when he saw him so close to his goal.

At that moment, the leg of the opponent, who was running at high speed, hit the goalkeeper on the head. Taufik Tamsyah lost consciousness instantly.

Taufik Tamsyah dies after collision in the game
Taufik Tamsyah was immediately treated on the soccer field. However, he was admitted to the hospital.

At the medical center, doctors confirmed that the goalkeeper suffered a severe skull fracture. For this reason, his prognosis remained guarded.

According to the team, Taufik Ramasyah underwent skull surgery at a hospital in the Pekanbaru region. Although he survived the surgery well, he did not recover.

Despite the efforts of specialists to save the goalkeeper's life, he died just three days after the fatal accident on December 21.

Who was Taufik Tamsyah?
Taufik Tamsyah was born on December 5, 2001 and lived to be only 20 years old. He discovered his love for soccer at a young age and quickly took up the sport.

Despite his young age, he was considered one of the best goalkeepers in League 3, and the local media even claimed that he was one of the strongest candidates for the Indonesian national team.

The Tornado FC team and other teammates and friends of Taufik Tamsyah traveled to Lubuk Jambi in Kuantan Singingi to pay their well-deserved respects to the late goalkeeper.

According to a post on Instagram, the athletes made a four to five hour journey from Pekanbaru City to bid farewell to their friend.

Taufik Tamsyah was also commemorated on the team's official website with the following words:

How did Olivia Podmore die NZ