More and more hints about a new Apple system called rOS or realityOS are found in program code and log files. 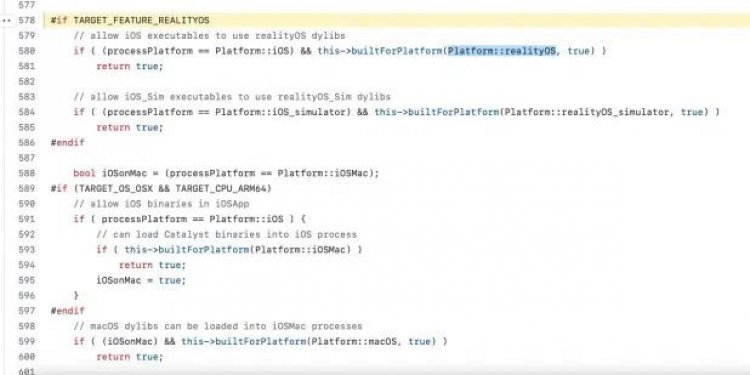 The developers have found references to realityOS on Github at Apple.

Apple has often been accused of being a bit sloppy in software development. This is probably the only explanation for the fact that developers have now found hints of a still unknown new product on Github - in the source code that Apple has published as part of its open source activities. Apple was unlucky: The accidentally published file MachOFile.cpp was already updated by Apple after one hour, but this apparently drew the attention of some developers to this file version and they took a closer look at the source code.

In the file the name "realityOS" can be found several times as platform, as well as references to a simulator for testing realityOS code. It can be assumed that this is the operating system for an upcoming Apple headset. The upcoming headset is said to be AR/VR glasses with a standalone operating system, which Apple has been working on internally for years. The release date is unknown. However, it is not unlikely that Apple will reveal more about the RealityOS at the next WWDC in the summer. Leakers like Mark Gurman had also already reported about a system called rOS, which is supposed to complement iOS, macOS, watchOS and tvOS.