Darnella Frazier, then 17, filmed the killing of George Floyd. Now she's testifying in the trial of ex-police officer Derek Chauvin. 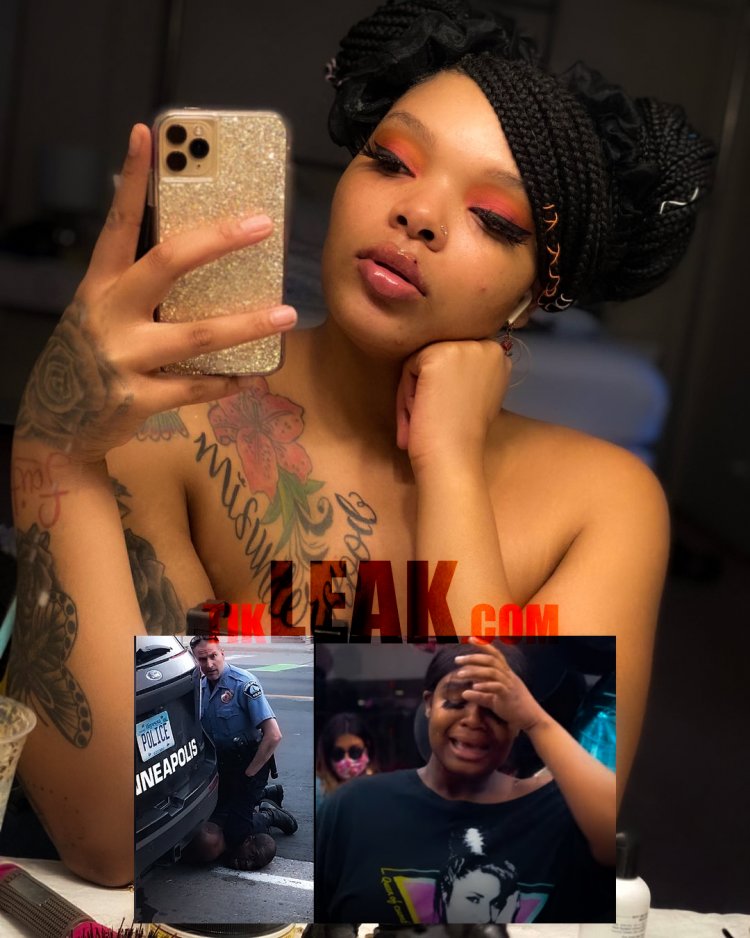 By the time Darnella Frazier got to the corner of Chicago Avenue and 38th Street, George Floyd was begging for his life. He lay bare-chested on the asphalt. On his neck the knee of the white police officer Derek Chauvin. The 17-year-old immediately took action: she escorted her 9-year-old cousin, with whom she had come to shop, into the supermarket "so she wouldn't see it." She pulled out her cell phone, approached the scene and began filming.

She documented the last words and the last gasp of George Floyd. The look on the kneeling police officer's face, which she calls "cold and heartless." The pleading of passersby not to kill 46-year-old George Floyd. And the police officers' threatening gestures toward them. Darnella Frazier didn't turn off her cell phone until paramedics were hoisting Floyd's lifeless body into an ambulance. A short time later, she posted the video to her Facebook page.

The Minneapolis high school student's video went viral overnight. Tens of millions - perhaps hundreds of millions - of people worldwide saw it. It provided the images of a killing, sparked months of Black Lives Matter protests, and moved calls for radical police reforms to the center of U.S. politics. It's hard to imagine the murder-and-killing trial of ex-cop Chauvin would have happened if Darnella Frazier hadn't been filming.

On Tuesday, as the now 18-year-old stands as a witness in Minneapolis court, she described her fears and sleepless nights after the brutal scene. "I asked George Floyd to apologize because I didn't do more for him and because I didn't physically intervene," she says. She also tells the court that she suffers from "social anxiety" and cannot speak publicly because of it.

"It could have been one of them"

The young woman did not know George Floyd. But she saw in him her father, brother, cousin and uncle. They, too, are black: "It could have been one of them." During Darnella Frazier's testimony, only her voice plays over the livestream. The court has ruled that witnesses who were minors at the time of the crime cannot be shown. Her last name is also not mentioned in court.

Darnella Frazier felt the first threats already when she filmed the brutal scene on the evening of May 25 and Chauvin and his colleagues threatened her and other passers-by with the chemical mace. The next morning, she was targeted by social media campaigns. Some accused her of hiding behind her cell phone. Others that she was seeking the spotlight. But there were also thousands who thanked Darnella Frazier for her courage.

Darnella Frazier avoided the public eye. She turned down journalists, saying, "Because I will be a witness at trial." In her place, attorney Seth Cobin explained, "She didn't want to be a hero. She's a 17-year-old who goes to school, who has a boyfriend, who works at a mall, and who did the right thing."