Did they have sex in public? Recording of rapper couple causes uproar

What are these two doing? At a field hockey game in the U.S., fans suddenly wondered what they were seeing in the stands: A prominent rapper couple was performing some suspicious physical exercises with each other.... 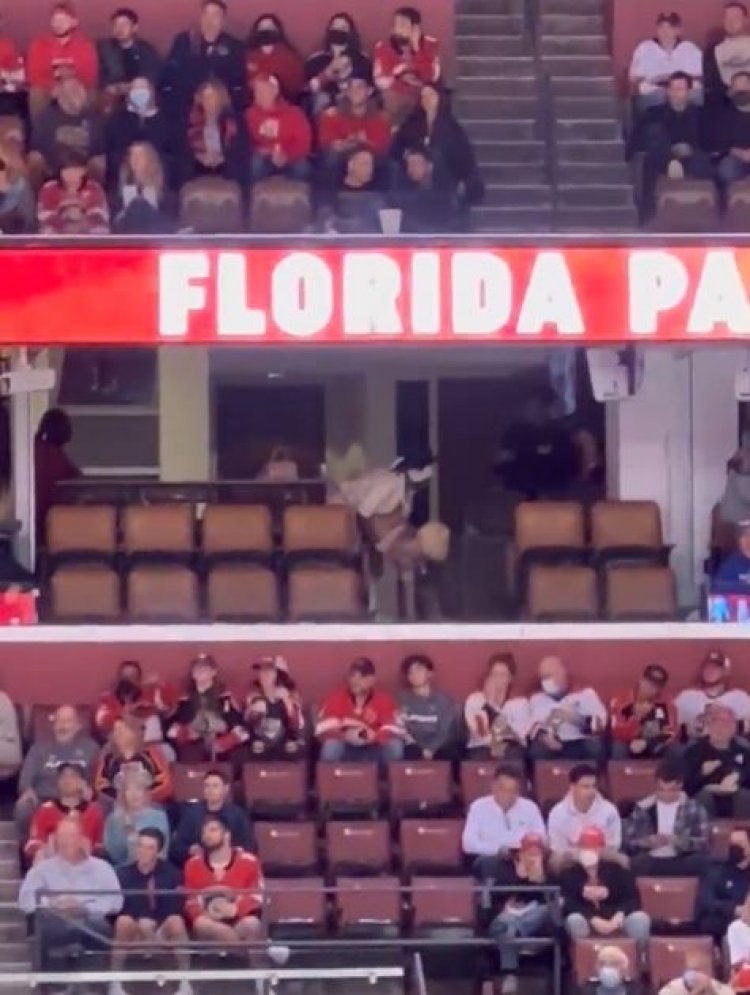 Were US rapper Kodak Black (24) and his girlfriend Essence having sexual intercourse - and in the middle of the FLA Live Arena in Florida, while thousands of spectators were watching not only them but also an ice hockey game?

At the NHL game between the Florida Panthers and the Vancouver Canucks last Tuesday, the couple caused quite a stir. After the two were already filmed as VIP guests on the sidelines and even shown large on the scoreboard of the arena, they retreated to a suite in the stands in the last third of the game.

And that's where things got wild! Video footage taken by fans from the other side of the arena shows the two lovebirds in quite explicit-looking poses: she was leaning on all fours in front of him and he was bending over her from behind, and the two of them were also performing striking rhythmic movements.

The two US rappers Kodak Black (24) and Essence are obviously very fond of each other. But does it go so far that they have sex with each other in public?  © instagram.com/kodakblack

It looked very much like the two were having sex right there. And it was just a few feet away from some Florida Panthers officials who were sitting right next door in the next suite.

Of course, it didn't take long for the footage to go viral and for the whole web to wonder: what exactly were Kodak Black and Essence up to?

Sex at a field hockey game? Kodak Black and Essence show unusual movements in the stands.

Kodak Black clarifies: This is what really happened
But do not worry, the US rapper provided clarification a little later. After making fun of the fan clip himself in his Instagram stories, he posted another video in which the "love game" between him and Essence can be seen more clearly.

On it you can see that the young woman had "only" leaned forward and twerked into his lap (that is, very provocatively wiggled his butt).

So there was no celebrity sex in the audience at the field hockey game (which the Panthers won 5-2, by the way), just a very intimate dance number.

The video proof on Instagram: No sex, just sexy twerking

Who is Kodak Black anyway?
Born in 1997, the rapper's real name is Bill K. Kapri, and he's been making headlines in the music world since 2013, but also off it. That's because in addition to a few platinum singles, he's also had some time in prison to show for it.

As the "New York Post" reports, the 24-year-old became particularly famous for receiving a pardon from then U.S. President Donald Trump (75) in early 2021.

Kodak Black was behind bars after confessing to illegal gun possession in 2020. Thanks to Trump, he was released from his sentence of 46 months and is now at large again.

Heidi Aragon posted a video of a man watching her at the...