Marina Ovsyannikova disappeared without a trace - lawyers are looking for her

Anti-Putin action on Russian TVLawyers search for her: editor disappeared without a trace after live protest 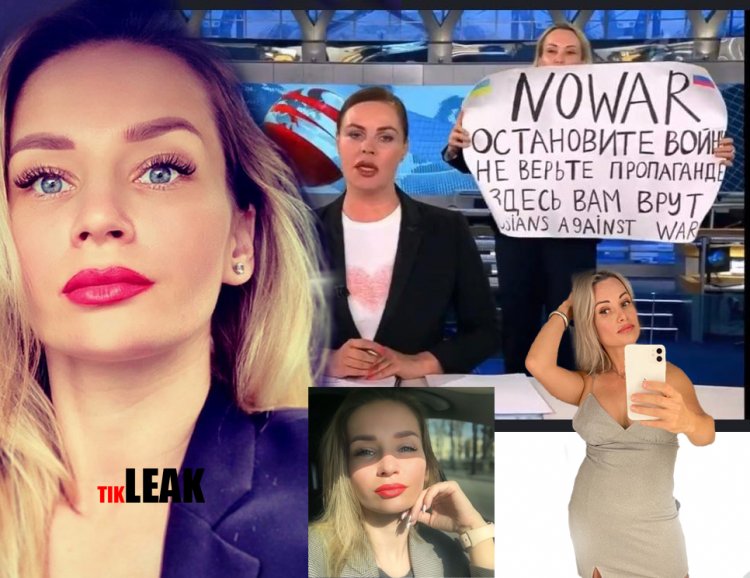 The editor whose anti-war protest interrupted a Russian news broadcast has been arrested. Several lawyers have been unable to reach her for more than ten hours after the action. The Navalny camp now wants to support the editor.

The TV staffer, who interrupted the main news broadcast of Russian state television on Monday with a protest against Russia's war in Ukraine, was detained for the protest action. She is believed to have since disappeared. Four different lawyers have tried to locate the editor in Moscow since her protest, but without success. No one has seen Marina Ovsyannikova since the arrest.

On the night of March 15, it became known that the detained editor was said to be in the duty room of the TV tower in Ostankinsky in Moscow. When the other lawyer Anri Tsiskarishvili tried to get there, he did not find Marina Ovsyannikova. Another source told him that she was also no longer in the Ostakino police station.

"She is being hidden from her lawyers in order to deprive her of legal assistance". Another lawyer of the missing editor, Anastasia Kostanova, also told "BBC" about the search for Marina Ovsyannikova. "My colleagues and I searched all night for the journalist who was detained in the Channel One building," the lawyer explained, but Ovsyannikova was nowhere to be found. "This means that they are hiding her from her lawyers and trying to deprive her of legal assistance, and apparently they are also trying to prepare the most severe punitive measures," the lawyer told "BBC".

The EU also confirms that the Russian journalist has disappeared. "Her lawyers are not allowed to contact her," EU chief diplomat Josep Borrell's spokesman said Tuesday. He said the protest was the latest example of a courageous stance refuting the Kremlin's lies and propaganda.

According to the Russian state agency "Tass," a case has been opened against Ovsyannikova. In Russia, the media is prohibited from calling the Russian incursion into Ukraine a "war" or an "invasion." Instead, official talk is of a "special military operation."

The camp of Russian opposition leader Alexei Navalny has announced that it will now support the woman. The Navalny organization wants to take over the sentences imposed on her, Maria Pevchich of Navalny's FBK organization wrote on Twitter on Tuesday.

Much recognition for anti-war action

The editor is earning much recognition worldwide for her protest. A recording of the scene in which she appears behind the news anchor with a handwritten placard was shared on Twitter and elsewhere on Tuesday. "What courage really means," pianist Igor Levit, for example, wrote about it. Ukrainian President Volodymyr Zelensky thanked her.

Editor shows anti-war poster on Russian television
Ovsyannikova had interrupted the live broadcast of Russian state news on Monday evening with an anti-war poster. Her message read, "Stop the war. Don't believe the propaganda, here you are being lied to. Russians against the war!" Meanwhile, the editor shouted, "Stop the war! No to war!"

Ovsyannikova interrupted presenter Ekaterina Andreyeva as she spoke about the sanctions against Russia. Then the broadcast broke off and pictures from a hospital were shown.

Earlier, the editor had said she regretted her work at state television

According to media reports, Ovsyannikova is an employee of state television who is said to have previously announced her protest action on social networks. The reason she reportedly gave was that her father was Ukrainian and that the war against the neighboring country was a "crime" for which Kremlin leader Vladimir Putin was responsible.

She said she regretted working for a station that produced Kremlin propaganda. "We are Russian citizens, we know how to think. We are intelligent. It is in our power to stop this madness. Go to the protests, don't be afraid of anything, they can't lock us all away," the woman ended her announcement about the protest.

Macron sobered after phone call with Putin: "The worst...