Brittany Dawn pivoted to religious content in 2019 after initially being accused that her fitness workouts were misleading people with eating disorders. 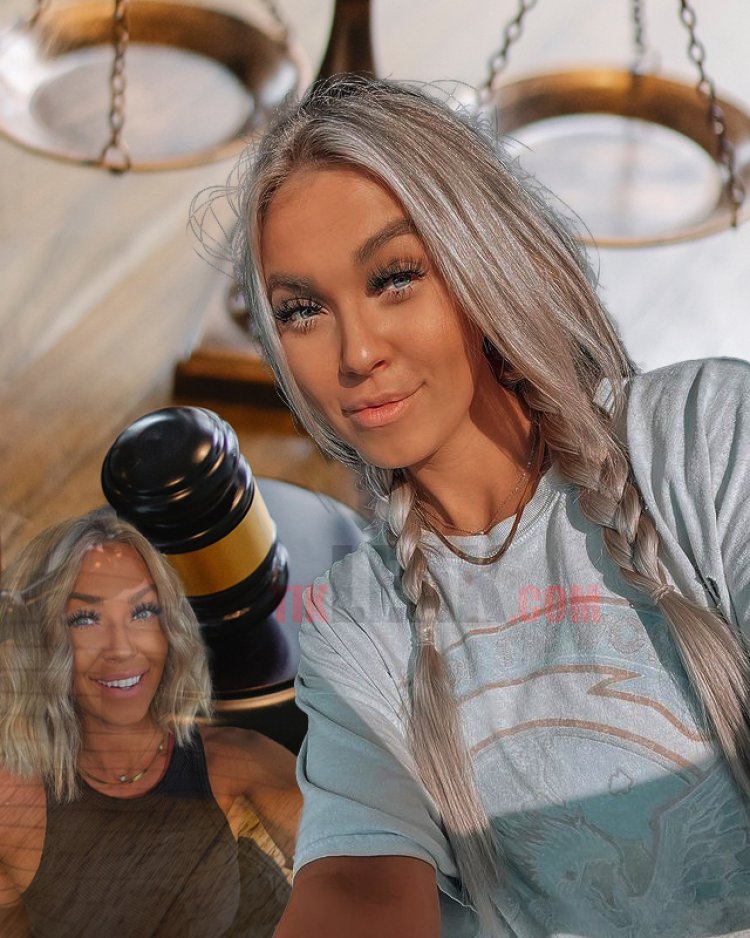 The state of Texas has sued fitness influencer Brittany Dawn Davis, who converted to Christianity. She claims her fitness program uses deceptive practices and negatively impacts clients with eating disorders.

Davis, 30, of Fort Worth, began selling thousands of online fitness packages in 2014 after introducing herself on social media as a purported healthy lifestyle expert and sharing photos of her body and diet and exercise tips.

She was described as "your trainer, your confidant, your biggest supporter and friend" who "pushes you, shapes you and helps you find the person you've always wanted to become," the Texas Attorney General's lawsuit states. The documents were filed Feb. 1 in Dallas District Court, as first reported by The Dallas Morning News.

Brittany Dawn Fitness LLC's classes had a price range of $92 to $300 per month, with Davis allegedly offering individualized attention and plans.

However, in a private Facebook group asking members to share their progress, Davis' clients found that she had given many of them the exact same workout and nutrition plans without any personalization.

And instead of offering personalized coaching, the complaint said, Davis merely provided "generic and meaningless" feedback, such as "THIS IS MY GIRL! You can do it!" and "You can do it, babe!".

At least 14 of the customers named in the complaint who sought refunds from Davis are people with eating disorders. One of them said Davis' presence on social media and her self-promotion as an "eating disorder soldier" led her to believe she had "special training" to address her issues. A woman who suffers from a restrictive eating disorder and told Davis she wanted to increase her calorie intake said Davis gave her a meal plan that included a "significantly lower" calorie count than what she had been eating previously. The lawsuits say Davis refused to treat clients with eating disorders.

There's also no evidence that Davis has any professional fitness training - the lawsuit doesn't address her lack of experience, which is not uncommon in the fitness influencer space. Instead, the focus is on Davis' failure to deliver the personalized products she promotes.

In February 2019, consumer complaints about the fitness program mounted to the point that Davis shared an apology video (since deleted) on YouTube and took down her website. On Good Morning America, she said she took "full responsibility" for her "mistake" and had "done everything in her power to make things right."

When Davis returned to social media after a brief hiatus, her audience slowly noticed a difference in the type of content she was posting. Instead of focusing solely on fitness, her YouTube videos and Instagram posts began to mention Christianity. In November 2019, she addressed the change.

"Fitness and health are no longer my identity. My identity is in Christ," she said in a YouTube video. "You know I was hiding when this all happened [...] I heard [God] say, 'Stop trying to hide what I'm using.'"

Over the past two years, Davis' website has been completely redesigned to distribute faith-based content. She now runs a service called "She Lives Freed," which offers tickets to self-organized religious weekend conferences for $125 per person, not including travel and lodging.

She posts religious life advice with her husband Jordan Nelson - a former police officer who was sued by the ACLU in 2018 for excessive force against a black man.

Both spouses faced backlash in October 2021 when Davis tearfully announced that Nelson had shot and killed their dog Brodie instead of taking him to the vet after he was hit by a car.

Davis was also criticized for sharing debunked QAnon issues and other conspiracies, such as the debunked Wayfair child trafficking theory and demonic conspiracies about the 2021 Astroworld tragedy.

Aside from creating a small subreddit dedicated to tracking her influence, Davis has experienced few tangible consequences for her controversies since shifting her focus from fitness to religion. She has not directly commented on the responses since 2019.

According to the lawsuit, the attorney general's office is seeking between $250,000 and $1 million in fines and court costs. Attorney General Ken Paxton, however, has faced legal and ethics charges himself in recent months. The Donald Trump-backed politician is currently in a tight primary campaign.

In her most recent post on Sunday, Davis seemed to suggest that she was processing the legal failure of her fitness program as evidence of a universal "need" for "Jesus." Judging by the numerous approving comments from her followers, they agree with her.

Except for one. "You'll need Jesus on the road to judgment, too. ," said one comment with 157 likes.

Pete Davidson officially refers to Kim Kardashian as his "girlfriend"