Mullah (عبدالغنی برادر) Abdul Ghani Baradar (born 1968 in Weetmak, Deh Rahwod District, Uruzgan), also known as Mullah Baradar Akhund, is an Afghan leader of the Taliban and co-founder of the same. He was the deputy of Mullah Mohammed Omar and a member of the Quetta Shura. In 2009, he was considered the de facto leader of the Taliban. 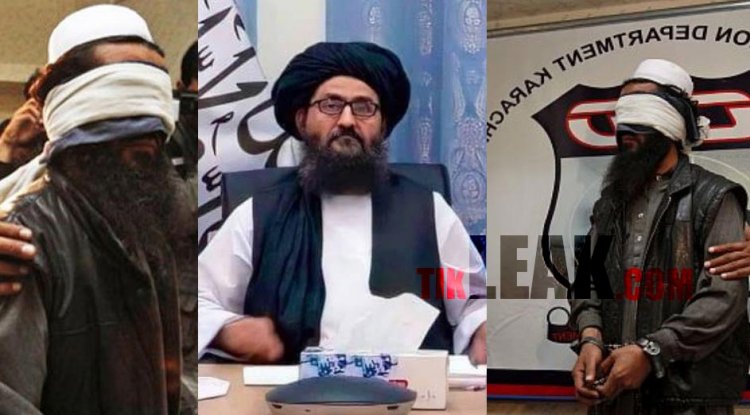 Baradar is a Durrani and Pashtun from the Popalzai tribe. Baradar fought in the Soviet-Afghan war and later became one of the founders of the Taliban.

He was governor of Herat and Nimrus during the Islamic Emirate of Afghanistan.

An unclassified United States State Department document listed him as Deputy Chief of Army Staff and Commander of Central Army Corps in Kabul, while Interpol claims he was Deputy Minister of Defense for the Taliban.

Reports of his death in an airstrike in Helmand province on August 30, 2007, proved false. He was arrested by Inter-Services Intelligence and CIA in Karachi, Pakistan, on February 8, 2010. A Taliban commander confirmed his capture to the press, but claimed he was captured during Operation Mushtarak in Helmand. Another spokesman denied capture.

On September 10, 2013, Pakistani National Security and Foreign Policy Advisor Sartaj Aziz announced that Baradar would be released but would have to remain in Pakistan. This was to support the "Afghan reconciliation process.”

He was finally released on October 25, 2018, at the urging of the United States in Pakistan. The U.S. government viewed him as a moderate Taliban negotiator who could contribute to the peace process in Afghanistan. On Feb. 29, 2020, he signed the U.S. troop withdrawal plan from Afghanistan as the Taliban's representative in Doha. Direct negotiations with the Afghan government were to follow.

In August 2021, the Taliban conquered Afghanistan.

If President Obama made a deal to release Taliban leader Abdul Ghani Baradar from prison (like trump did) and he went on to rule Afghanistan, all we'd be hearing is Republicans calling for Obama to be arrested.

Abdul Ghani Baradar: The Face of the Taliban Returns to Afghanistan

At least 60 dead after tanker truck explosion in Haiti

Did they have sex in public? Recording of rapper couple...