HE DENIED THE DISEASE: Frederic Sinistra discharged himself from the hospital, shortly after the kickboxer died 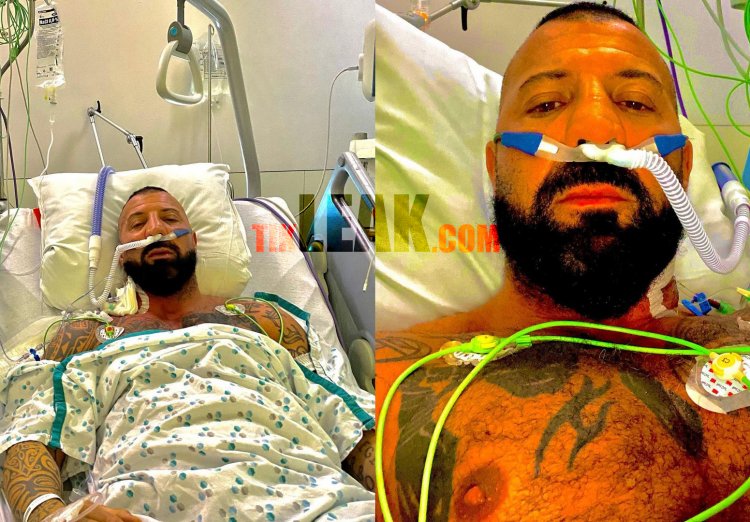 He was once considered the "strongest man in Belgium."

Kickboxer and former world champion Frederic Sinistra has died at the age of only 40.

According to consistent media reports, the cause of death was acute respiratory distress, consequences of his Corona infection.

The kickboxer from Liège was hospitalized at the end of November with a Corona infection.

The kickboxing star was reportedly unvaccinated and a Corona denier.

Sinistra reportedly refused to even say the words "covid" and "corona." He went to the hospital only because his manager convinced him, he said. This is what "De Morgen" reports.

According to Belgian media, he eventually discharged himself from the hospital, died a few days later on December 16 as a result of the infection.

Sinistra is said to have been of the opinion that due to his relatively young age, he would not suffer any major health problems in the event of contracting COVID-19.

His wife commented on the sad events on Boxing Day, claiming that her husband did not die as a result of the Corona disease.

"Never would he have accepted that what happened to him should be used to spread fear and promote vaccination," she wrote. The story in the Belgian media, on the other hand, reads much differently.

As recently as Dec. 13, Sinistra herself wrote on Facebook, "Thank you for your support. I am recovering at home, as it should be. I will come back a thousand times stronger." It didn't come to that, Sinistra lost the most important fight of his life.

Cause of Death: Canadian Comedian And ‘The Candy Show’ Star Candy Palmater Dies...

Lindsay Partridge | Egdirtrap | struck by wave while on...