Part2 Video: Man falls from 9th floor (30 meters) onto BMW ...and gets up afterwards! / Christina Bri

@Christinaabri_ Jersey City building “The back window of the car broke out — exploded. Then the guy jumped up and started screaming. His arm was all twisted," the newspaper further quotes Smith as saying. "I thought, 'Oh my God!' I was shocked. It was like something out of a movie.” 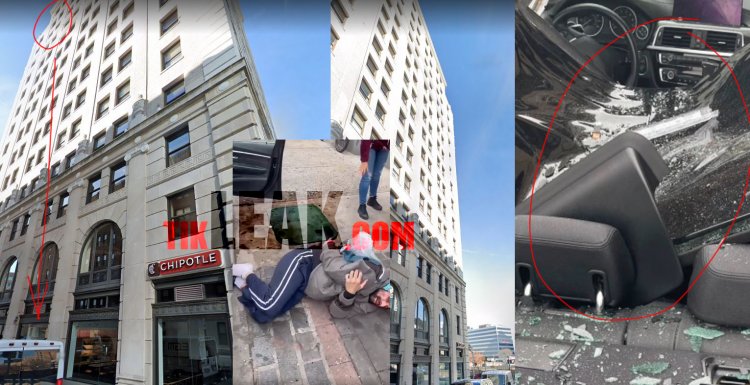 The young woman called 911. An ambulance took the man to a hospital. According to a Jersey City spokeswoman, the 31-year-old was still in critical condition Thursday.

Initial investigation indicated the man was not working in the building, and it was unclear why he was there. He had refused to give his name to police and was not behaving cooperatively, according to the New York Post.

After the fall from about 30 meters, the man was responsive and waiting for the ambulance

After the impact, passersby tried to get him to stay down, shouting, “You don't know how hurt you are.” The man replied, “Leave me alone.” He also reportedly said, “I want to die.”

Police are now trying to determine whether the fall was actually a suicide attempt or a life-threatening accident after all. In addition, the man is to receive psychological help.

The richest man in the world Musk is super stingy!

Macron sobered after phone call with Putin: "The worst...