He wanted to see the northern lights. Josh Neuman had been in the business for a long time, but that belies how young the YouTube star actually was. Now he has died at the age of 22. He died in a plane crash in Iceland. 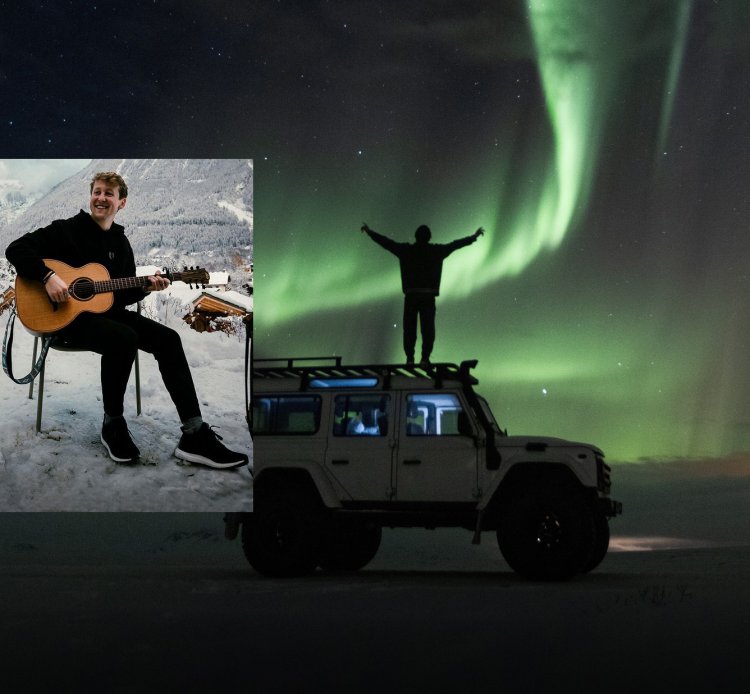 Youtuber Josh Neuman has died at the age of 22. Instagram/Josh Neuman

Josh Neuman had been in the business for a long time, but that belies how young the YouTube star actually was. Now he has died at the age of 22. He died in a plane crash in Iceland.

Josh Neuman became a Youtuber when he was only 12 years old
At the age of only 12, the US American had begun to make his first videos of himself with his father's camera and put them on Youtube. He often showed what he liked to do best: ride down steep mountains on a skateboard. He reached 1.2 million subscribers on YouTube, and more than 150,000 people regularly watched the 22-year-old's spectacular videos on Instagram.

Most recently, they were able to see how Josh Neuman took a trip through Europe with friends. He showed photos and videos from the French Alps. Most recently, he is said to have stayed longer in Iceland. And that is where he has now died. According to several English-language media, he was traveling with four friends in a small plane when it crashed into a lake for as yet unexplained circumstances. As the police confirmed, none of the passengers survived.

Josh Neuman is dead: this is what his family says
On his Instagram profile, his parents and brother have now addressed Josh's fans with emotional words. "We are shocked to inform you that our son, Daniel's brother Josh Neuman, has left us suddenly," it says there. And, "In his 22 years on this earth, Josh not only lived, he was life and he lived every day to the fullest while being kind to everyone."

In addition, they wrote that Josh apparently died while doing what he loved: "He had just discovered the Northern Lights in Iceland and said, 'This is the happiest day of my life.'" To that end, they posted a video in which Josh's words can be heard and the auroras can be seen. Engines can also be heard, and the image is shaky. Whether the recordings were actually taken directly before Josh's death, however, is not clear from the statement.